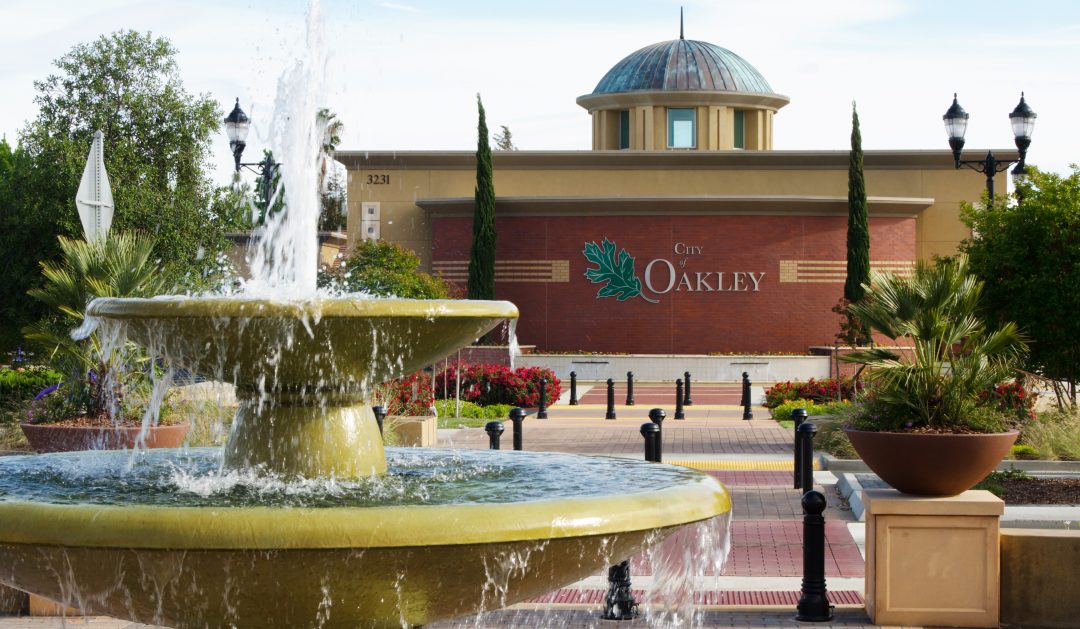 Tonight, 01-24-2023, at 6:30 pm, the Oakley City Council will review a zoning ordinance. A review of the ordinance by City Attorney Derek Cole took place. Apparently, he has suggested that the ordinance, as originally presented, should not be approved. I am concerned because City Attorney Cole did not support the City Council not approving a McDonald’s across the street from Laurel Elementary School. Matt Beinke of Blackhawk Services and O’Hara Properties, LLC, has filed a lawsuit against the City of Oakley because of the denial of the McDonald’s drive-thru.

Not surprisingly, Matt Beinke opposes the original proposed zoning ordinance. He did not believe it favored him. Consequently, the law firm of Cox, Castle, and Nicholson sent the council a letter explaining Beinke’s opposition to the original zoning proposal. The letter pretty much summed up the complaints in the lawsuit. The lawsuit is a public record.

Mr. Cole apparently has sided with the law firm, which supported his position regarding McDonald’s. The City of Oakley hired Adam W. Hofman of the Hanson Bridgett law firm to defend the City in the litigation. My thoughts is Mr. Cole should have recused himself from providing input to the law suit, and allowed Mr. Hofman to advise the council regarding the ordinance.

I believe that the Council needs to request that Mr. Hofman provide input to the zoning ordinance, and then meet with the council in closed session to discuss his findings.

I believe it would be prudent for residents to voice their concern regarding the situation. The views should be heard considering that Steven Graham, a law partner in Mr. Cole’s law firm, is the City Attorney of Indio, home of Bryan Montgomery. Bryan Montgomery. Mr. Montgomery was involved in the support of building McDonald’s at Laurel Plaza.

Links to the proposed ordinance and the attorney letters are below.

Kudos to the Friends of the Oakley Library. The organization has painstakingly worked to bring a library to the City of Oakley. It appears that the members are coming close to accomplishing their goals. Tomorrow night, January 24, at 6:30 pm, in City Hall, the Oakley City Council will discuss the construction of a library in Oakley. Our City Manager, Joshua McMurray, believes the City can construct a library without further taxation of City residents. Please voice your opinions in writing to the council or by attending the meeting.

Thank you, Friends of the Oakley Library, for all you have done for the residents of Oakley.

Below is a segment concerning the Strategic Planning discussion.

The Oakley City Council will review what many would consider a gutted zoning ordinance proposal. Approximately eighteen months ago, Councilmember Williams requested a zoning ordinance change. The item has come to the dais often, only to be sent back to staff or delayed.

Recently, it returned to the dais for approval. Black Hawk Developers, a heavy contributor to Councilmember Henderson’s campaign and Safeway, wrote a response. City Attorney Derek Cole asked for time to review the letters sent, saying the issues were “very complicated.” He did not finish “the review” until following the election.

Mr. Cole informed the city manager “that there is nothing the council can do” and must consent to Blackhawk Developers and Safeway. Mr. Cole has offered this advice habitually over the years. Joshua McMurray has submitted a “gutted ordinance” for approval. One of the provisions that a drive-thru must be 300 feet from a school disappeared entirely from the ordinance.

My thoughts are to leave the original proposed ordinance in place. A developer could apply for a code variance if willing to work with the city for an appropriate design that merits a zoning variance. Councilmembers Henderson and Shaw recently approved a variance for a residential driveway when they sat on the Planning Commission.

Now would be the time to contact Councilmembers regarding your thoughts on the gutted ordinance proposal. A link to the proposal is below. Yes, it will be interesting how Councilmembers Henderson and Shaw will vote on the item, having accepted accepting sizeable campaign donations from developers during their election bids.

Seeno and Oakley’s City Attorney bit of insight. Tonight, Jan 10, 2023, at 6:30 pm in Oakley’s City Hall, the city council will decide if the city will allow Seeno, in the guise of Discovery Homes, Discovery Builders, or any other name should be allowed to build homes in a rezoned portion of Brownstone Rd. Seeno is requesting to rezone the property to their economic benefit. There are those of us who are opposed to such a rezoning.

Also, I mentioned a few days ago that Oakley’s City Attorney, Derek Cole, of Cole Hubbard LLC, has one of their law partners, Steven Graham, hooked up with Bryan Montgomery, City Manager of Indio. Mr. Graham has become the City Attorney of Indio.

Now would be a good time for residents to voice their opinions regarding these issues to the city council members.

Below are three articles regarding the issues:

Indio’s new City Attorney is Steven Graham who is a law partner with Derek Cole, Oakley’s City Attorney. Yes, law partner with Derek Cole who told the community so many times, in support of Bryan Montgomery, City Manager, that they needed to build a certain fast-food restaurant (or storage facility, or car wash, or gas station, or 7-11) or the city would face a law suit. In my perception, having law partners working in Indio and Oakley is not a wonderful step forward, and new direction, for the City.

Below is a copy of the announcement of Steven Graham’s appointment as City Attorney of Indio.

Seeno comes to Oakley with their hands out again. Discovery Homes (Seeno) is asking the City Council, for a second time within two years, to rezone property on Brownstone Road, west of Main St, for their profit. Discovery Homes (Seeno) wants to construct houses in the residential low zone. The area being discussed is residential very low. Unfortunately, Bryan Montgomery, former City Manager and former city councils, failed to stand tall with the residents of Oakley, instead allowing developers unfettered access to zoning changes and building standards for their desires and profit. So, one comes to understand why Discovery Homes feels confident “they will have their way.”

The residents of the Brownstone area bought into the homes they developed with the understanding the site would retain a rural atmosphere and, believing the City would support their residential aspirations, did develop the houses for their families. Now Seeno would like the City Council to undermine Brownstone Rd, families’ hope and dreams for the ongoing future. I will indicate a no vote should a resolution come forward to allow the area’s rezoning.

The discussion concerning agenda item 7.1 will be interesting. Three council members (Shaw, Henderson, and Meadows) received four-figure dollar amounts for their election campaigns on the dais. Community input into the discussion is encouraged. Please consider attending the council meeting at City Hall this Tuesday, January 10, or contact the council members via email before 5:00 pm, January 10, to voice your opinions.

Also, Mr. Przybyla has revised budget reporting procedures so it is easily understandable and finite regarding sources of income, and expenditures, including special assessment districts in many neighborhoods in Oakley. I was stunned by the confusion, which often seemed deliberate, at least from my perspective, in how Oakley’s City Manager (Brian Montgomery) publicly presented the budget to the public. One reading the budget found it nearly undiscernible as to the total income collected by the City and how the council spent those funds. The City Council seemed to encourage Montgomery’s reporting

Mr. Przybyla created a very readable and understandable budget report, allowing everyone in the City to understand the budget, not just a privileged few. I am enthusiastic that Mr. Przybyla chose to join the Oakley City Hall Family.

The Oakley City Council for the opening of the new year does have a full agenda. Item 5.1 does cause me concern. The item intends to lay a foundation for the city council to negotiate salaries with the city manager and city attorney. Discussing contracts with those two positions is a significant responsibility of the council. The task should be a team collaboration. The resolution debate on Tuesday, January 10, 2023, during the council meeting is one where the mayor and vice-mayor would act as an ad hoc committee and meet with the city manager and city attorney to negotiate their contracts. The two council members would initially meet with the city council to get direction for the negotiations, then meet with the person involved.

The proposed process is alien to my experience. The ad hoc committee would complete the negotiations, and the item would appear on the city council budget. I have difficulty with the arrangement because the two council members do not discuss the negotiations with the other team members, basically blocking them from further talks with the two city employees. Usually, the negotiator returns to the council with what the two concerned managers have presented, and the ad hoc committee receives further direction.

From my perspective, it is disrespectful to all concerned that the process excludes the council from ongoing negotiations. The disrespect is exceptionally poignant for the newly elected council members who should be merging into the council team rather than being deliberately excluded from the ongoing negotiations. The process is a dinosaur from the Montgomery era, where Bryan Montgomery easily manipulated council direction. I will be asking for an amendment to have the ad hoc committee meet with the council to report on each negotiation session in which they participated.

Today there was a secure feeling of safety when I saw a Contra Costa County Fire Protection District (ConFire) fire engine company on Laurel Rd. I rest easier at night knowing that ConFire has taken on the responsibility of fire protection for the community. We now have adequate firefighting coverage throughout East Contra Costa County that will not drain our fire protection services.

We owe Brian Helmick our ongoing gratitude in stepping forward when he was the Chief of the East Contra Costa Fire Protection District (ECCFPD) in bringing to fruition a merger with ConFire. ECCFPD resources were not adequate to protect all residents in case of fire. Chief Helmick worked with the Board of Directors of ECCFPD to merge resources with ConFire with courage and vigor.

I am grateful that I was able to participate in the completion of the merger while serving on the City of Oakley City Council. It was the right thing to do.